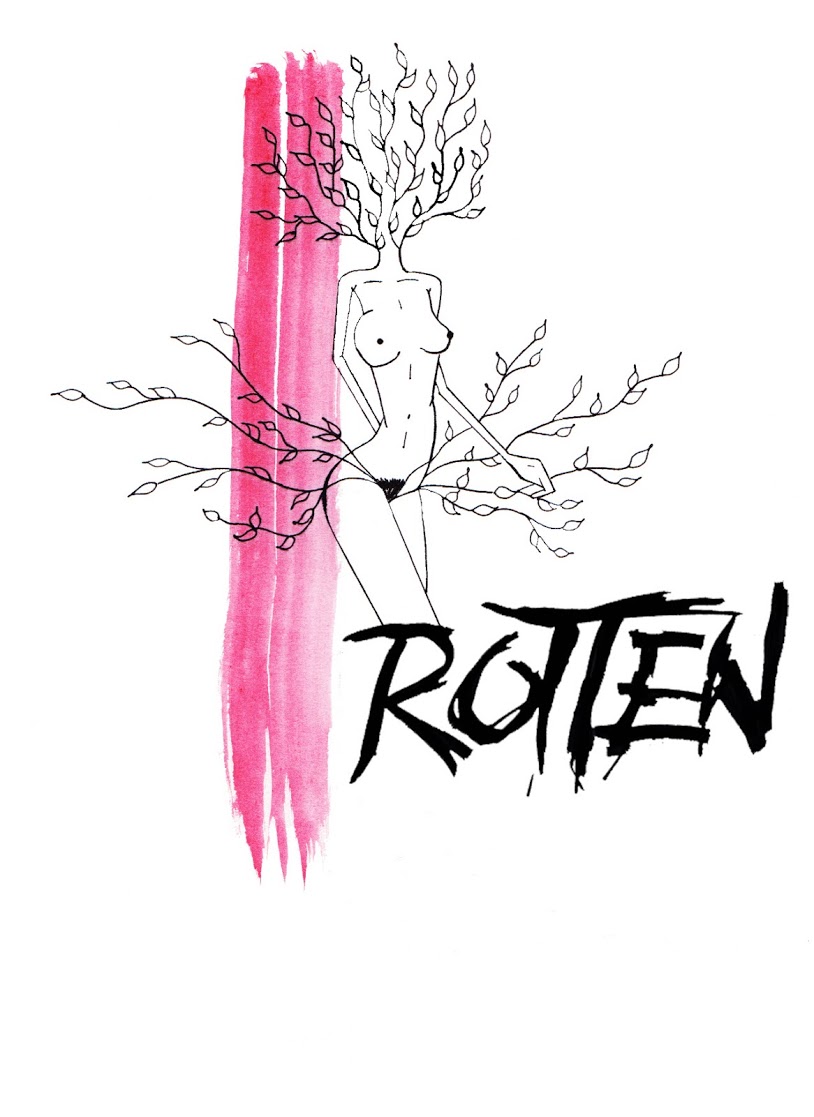 The font was a really important aspect of this piece, I wanted to create something really jarring against the leafy nude.

I also wanted the text to be black as night, so the contrast is as high as it can go, so the nude doesn’t get lost amid this loud text, I decided to paint a red watercolour streak over the figure, it does look like menstrual blood, and alongside the theme of the poem I feel it’s both beautiful and grotesque. I ramped up the contrast on this too, to make the whole composition really pop. 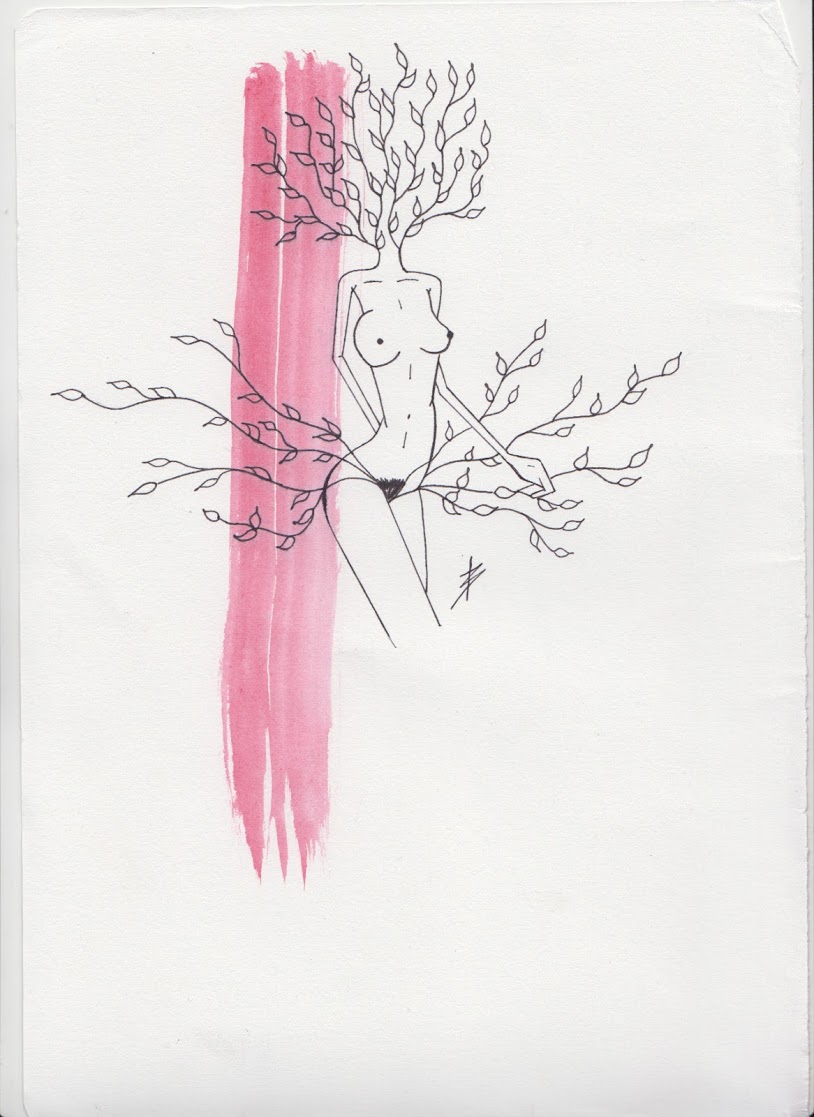 Finally, I played around with the layout of the text, placing it over and beneath the figure, before deciding that in the white space beneath her leg was best, the text looks almost bark like, like the foundations for this blooming nude.